Chat with us, powered by LiveChat
You are here: Home / News / Official figures may underestimate number of asbestos-containing schools

A series of Freedom of Information (FoI) requests have shown that the amount of asbestos thought to be present in schools across the country could be grossly underestimated. 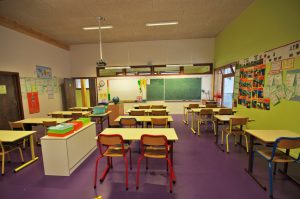 Speaking to BBC News, Michael Lees of the Asbestos in Schools Group explained how his own research showed a markedly different amount of asbestos in schools than official figures claim. He received FoI responses from Local Authorities across the UK put the number of schools containing the deadly fibres at 86 per cent. Back in 2008 a Department for Education estimate claimed it was 70 per cent, a figure it has since revised up to 75 per cent.

Going further, Lees – who lost his wife to mesothelioma – argued that suggestions of asbestos being harmless if left alone are “pure rhetoric” where schools are concerned as: “inevitably, if asbestos is accessible to children, it is going to be disturbed.”

These figures, Lees argues, could show that children and teachers alike could be at real danger of developing the fatal condition – a risk that has been run over the past decades. Further, schools that were built during the 1960s and 70s are likely to contain “huge amounts” of the substance.

“In the last 10 years, 158 schoolteachers have died of mesothelioma,” he added. “We want openness.”