Chat with us, powered by LiveChat
You are here: Home / News / Detective’s family to pursue asbestos claim against police

The family of an ex-detective who recently died from mesothelioma is planning to pursue a case against the Metropolitan Police. 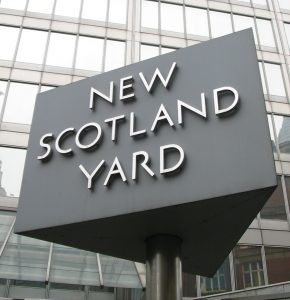 Johnathan Woods, who was an anti-terror officer, was thought to have been exposed to asbestos 31 years ago at the site of an IRA bombing in Brighton. Back in August, Mr Woods issued a writ against the Met and Sussex Police, which stated that he was not given enough protection at the time.

Speaking to theargus.co.uk, a spokeswoman for the Sussex Police said: “We are aware of proceedings involving one retired Metropolitan Police officer. No settlement has been reached at this time.”

The IRA attack took place at The Grand during a Tory party conference – a bomb was hidden in a bathroom on the sixth floor in a bid to kill Margaret Thatcher and her cabinet. Some twenty police officers came to the scene after the bomb went off to sift through the rubble and get everyone out safely. Five people died and 39 were injured.

Mr Woods’ condition remained undetected for years. Mesothelioma is currently incurable, and is a cancer caused by asbestos fibres becoming trapped in the lung lining. It is believed Mr Woods breathed in the fibres whilst sorting through the rubble.

If the family decides to pursue the case Mr Woods started, it will be the first time a civil suit has been taken out by a police officer after working at the site of a terror attack.